Described as a virtual city in itself, the Florida City Camp for Cuban Children was the largest Operation Pedro Pan's shelters and transit stations. It was created and operated by the Cuban Children's Program of the Diocese of Miami's Catholic Welfare Bureau. It served between 1961 and 1965 as a temporary shelter and processing facility to relocate Operation Pedro Pan unaccompanied refugee girls and pre-teen boys to numerous foster care facilities throughout the United States.

Located 35 miles south of Miami in the City of Florida City, the camp occupied six acres of the city's Coral Bay Manor subdivision. In October 1961, the Catholic Welfare Bureau leased 18 structures, consisting of 83 housing units, as a direct response to the pressing need for a separate facility for the girls and pre-teen boys who began to arrive in larger numbers immediately following the failed US-backed Bay of Pigs Invasion of April 17, 1961, and Fidel Castro's proclamation of Cuba as a socialist state.

Immediately following its opening in November, the camp was occupied by girls who until then had been residing in separate co-ed accommodations at Kendall Cuban Children's Home. They were joined by boys ages twelve years old and under from the Kendall and Matecumbe camps. However, as older teens arrived from Cuba, some thirteen and fourteen-year-old boys were frequently transferred to the Florida City Camp from other facilities to make room for the new arrivals. The girls were accompanied by the Sisters of St. Philip Neri, who filled many of the teaching positions in the camp's elementary school and attended to their spiritual needs. Parish priests attended to the needs of the boys. The sisters and priests were assisted by 28 middle-aged Cuban couples who served as house parents, and qualified lay teachers taught primary and secondary education level courses in a wide variety of subjects. In 1961, a dining room was built, and construction of an addition followed in 1962.  In the latter part of 1962, the camp's largest building was completed, and it became the girls' primary residence immediately afterward.

With federal assistance provided through the US Program for  Unaccompanied Cuban Refugee Children and under the supervision of the State of Florida Department of Public Welfare, the CWB leased a total of 18 structures in a residential subdivision known as Coral Bay Manor, located in the northwest section of the city. Specifically, the CWB Florida City camp was located in the area found inside NW 16th Street's perimeter to the north, NW 14th Street to the south, NW 1st Court to the east, and NW 2nd Court to the west. However, it is essential to note that not all structures located within this perimeter's confines became part of the camp. Some continued to be used as homes by the families who resided in them before the camp's inception. Nevertheless, except for three, all the camp structures face on both sides, the portion of NW 2nd Avenue, that enjoins NW 16th and NW 14th streets and is located in parallel fashion between NW 1st Court and NW 2nd Court. In actuality, NW 2nd Avenue is the main artery running through the heart of the camp.

The axis provided by NW 2nd Avenue culminates in a building over two blocks long, which the children used to call "El Barco" (Eng. tr. "The ship"), because it resembled a cruise ship when it was lit at night. The other buildings were mostly rectangular in shape, and the interstitial spaces provided recreational areas, such as basketball and volleyball courts on the larger area, a shrine to Cuba's patron saint, Our Lady of Charity, and a tiny park on a smaller one with shuffleboard courts on even smaller spaces. NW 2nd Avenue was dotted with benches at regular intervals on both sides and, as noticed earlier, served as the heart of the campus.

Its use was, in fact, reminiscent of the central parks of the colonial grid town plans that the children were accustomed to playing in back in their homeland.

As was the case with the other transit facilities operated by the Catholic Welfare Bureau, the Florida City Camp had a modern and well-equipped infirmary staffed by a qualified physician and certified nurses, psychologists, and social workers. The camp was licensed to house 700 children by the Florida State Department of Public Welfare, which also conducted periodic routine inspections to ensure that federal and state child welfare guidelines were met. (4) It is estimated that nearly 3,000 of the well over 7,000  Operation Pedro Pan children, under the Catholic Welfare Bureau's direct care between 1961 and 1972, resided at one time or another at the Florida City Camp. After gradually being phased out, it finally closed in June 1966. By then, most of its remaining residents had been reunited with their parents. 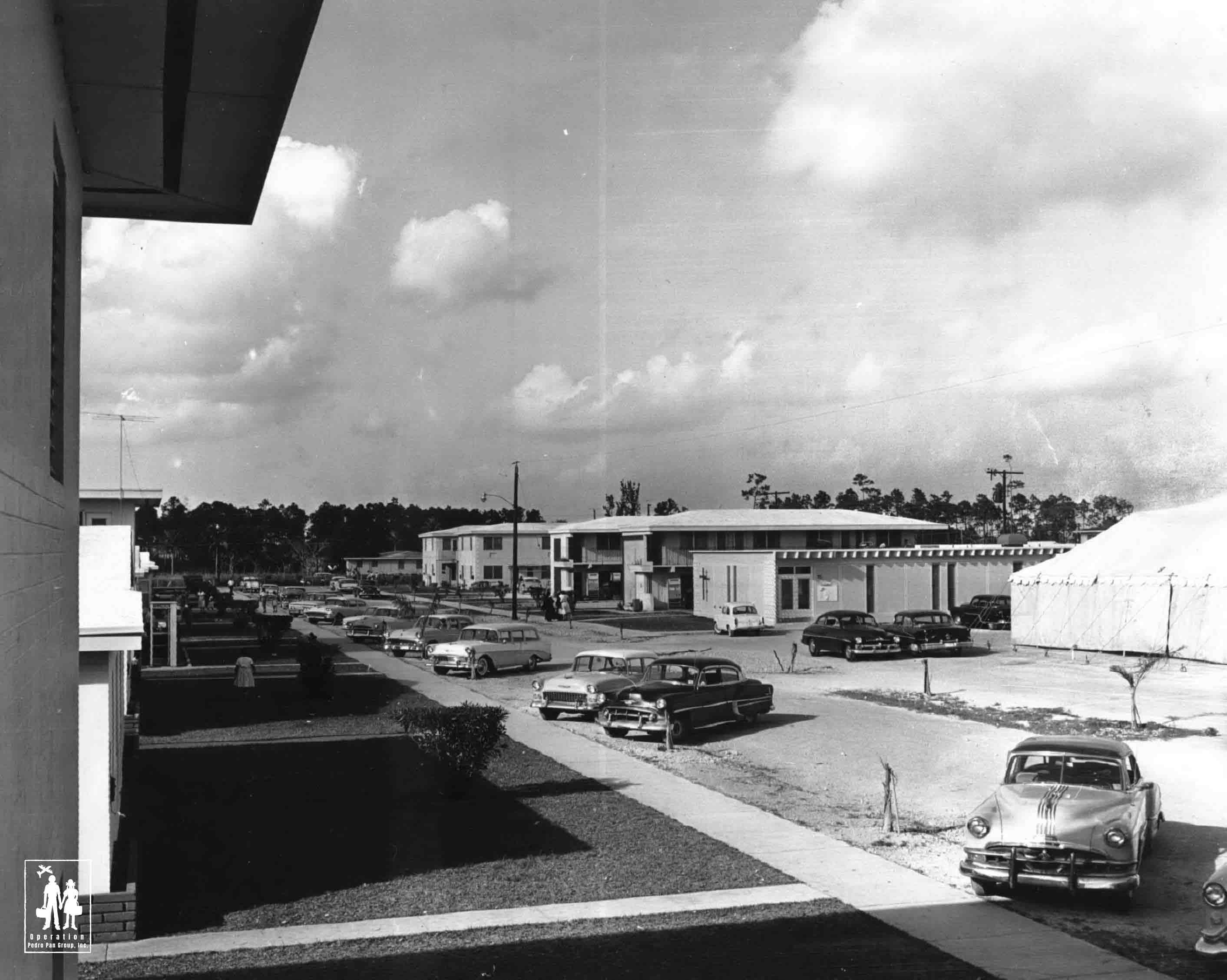 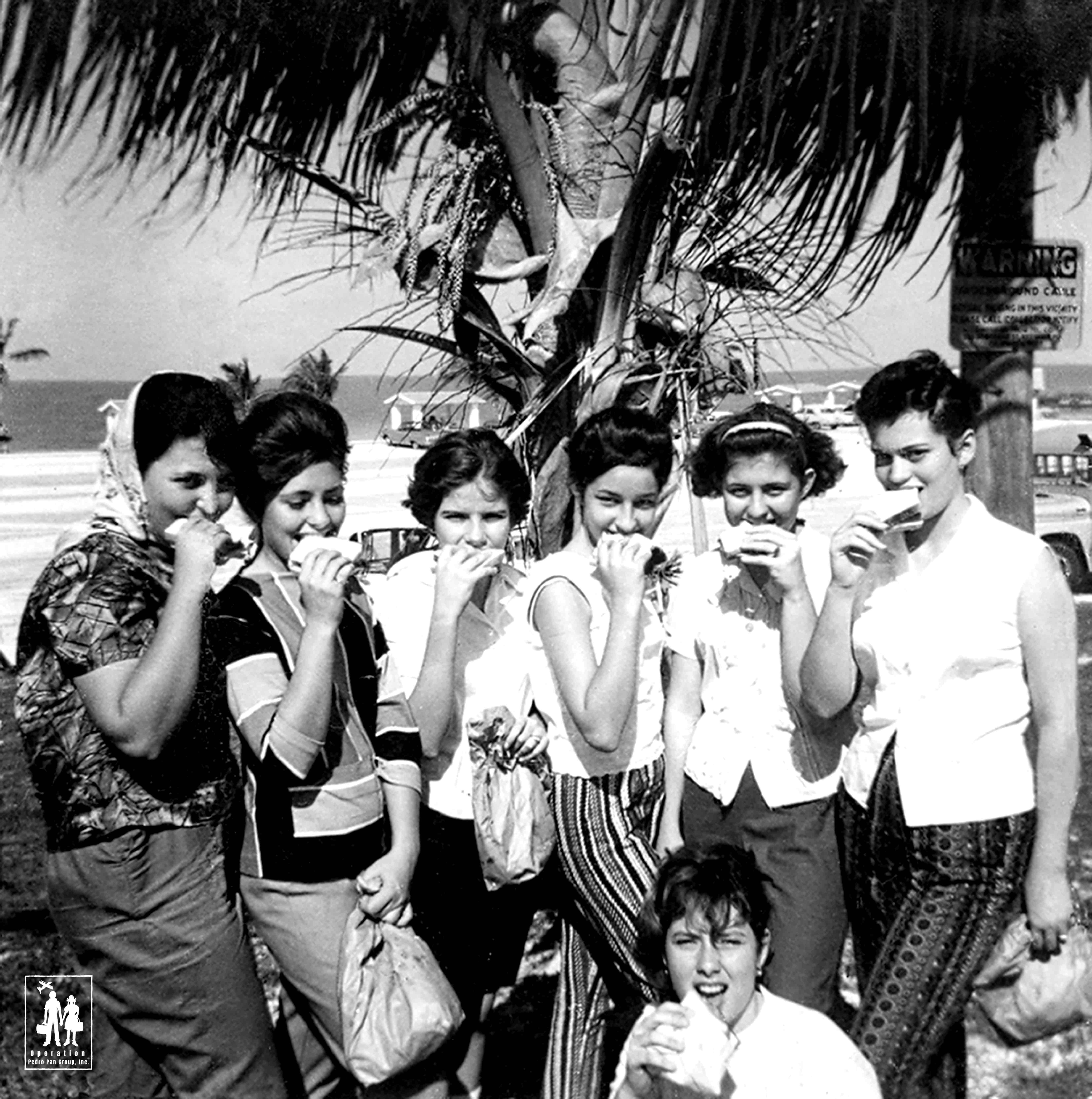 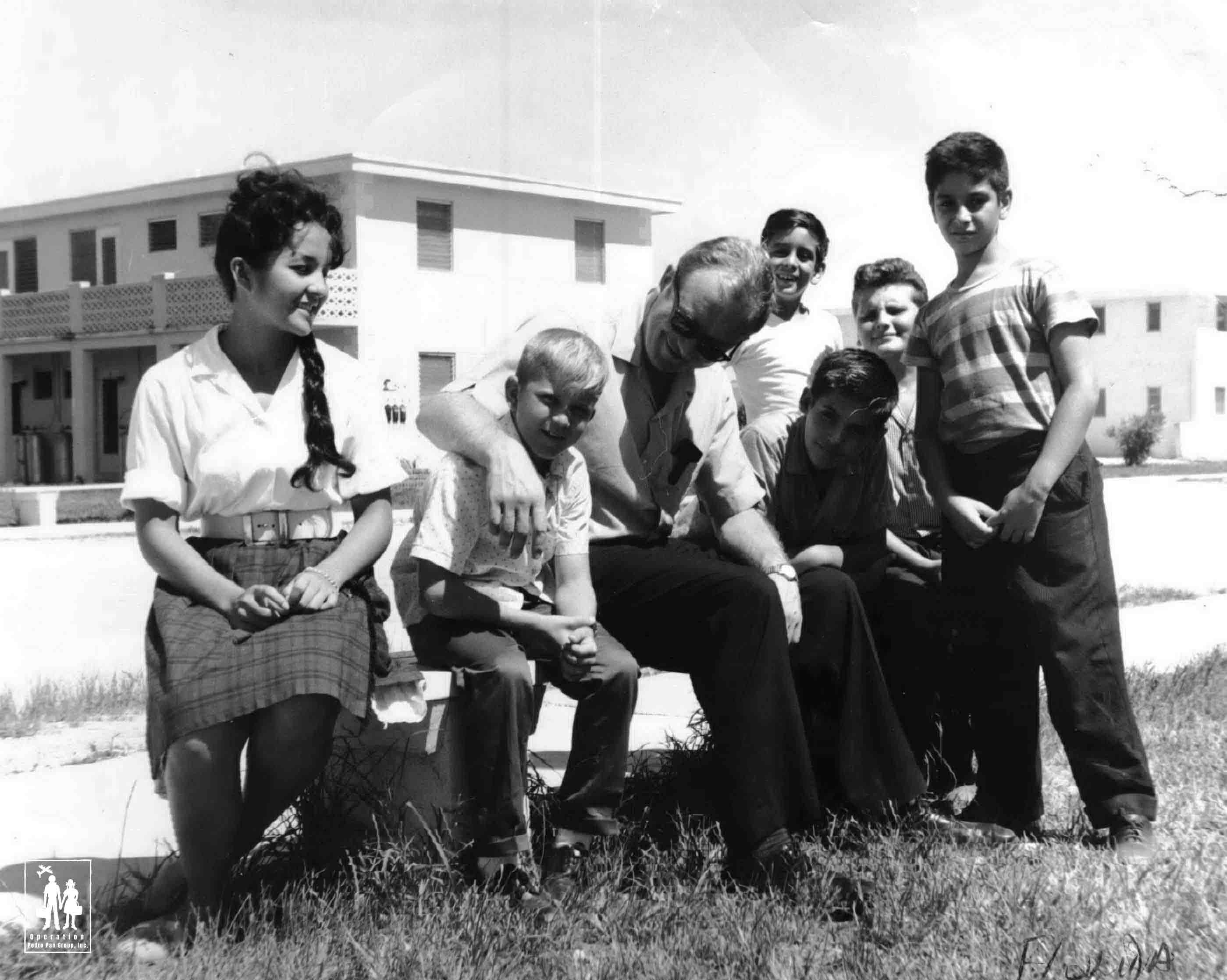 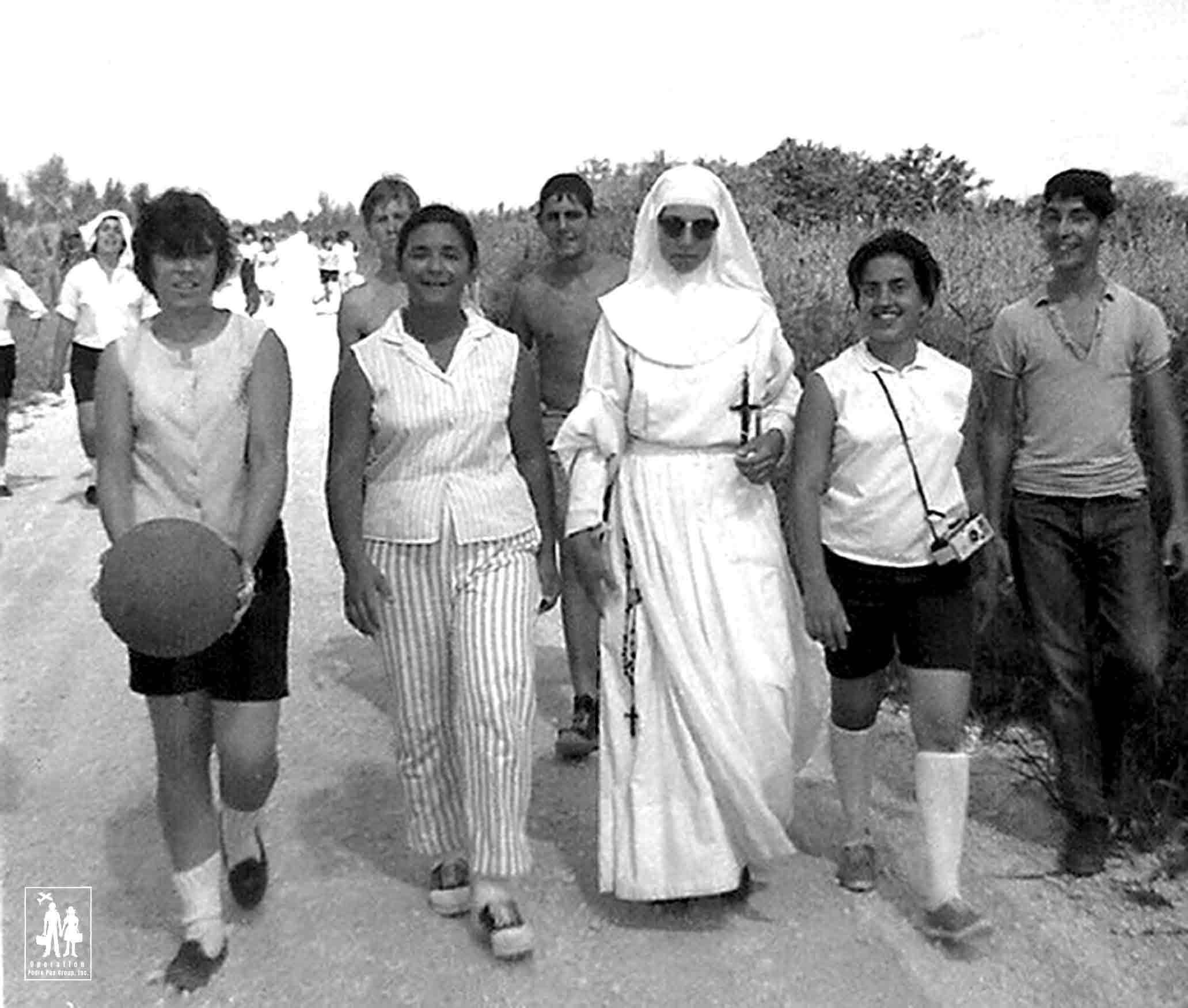 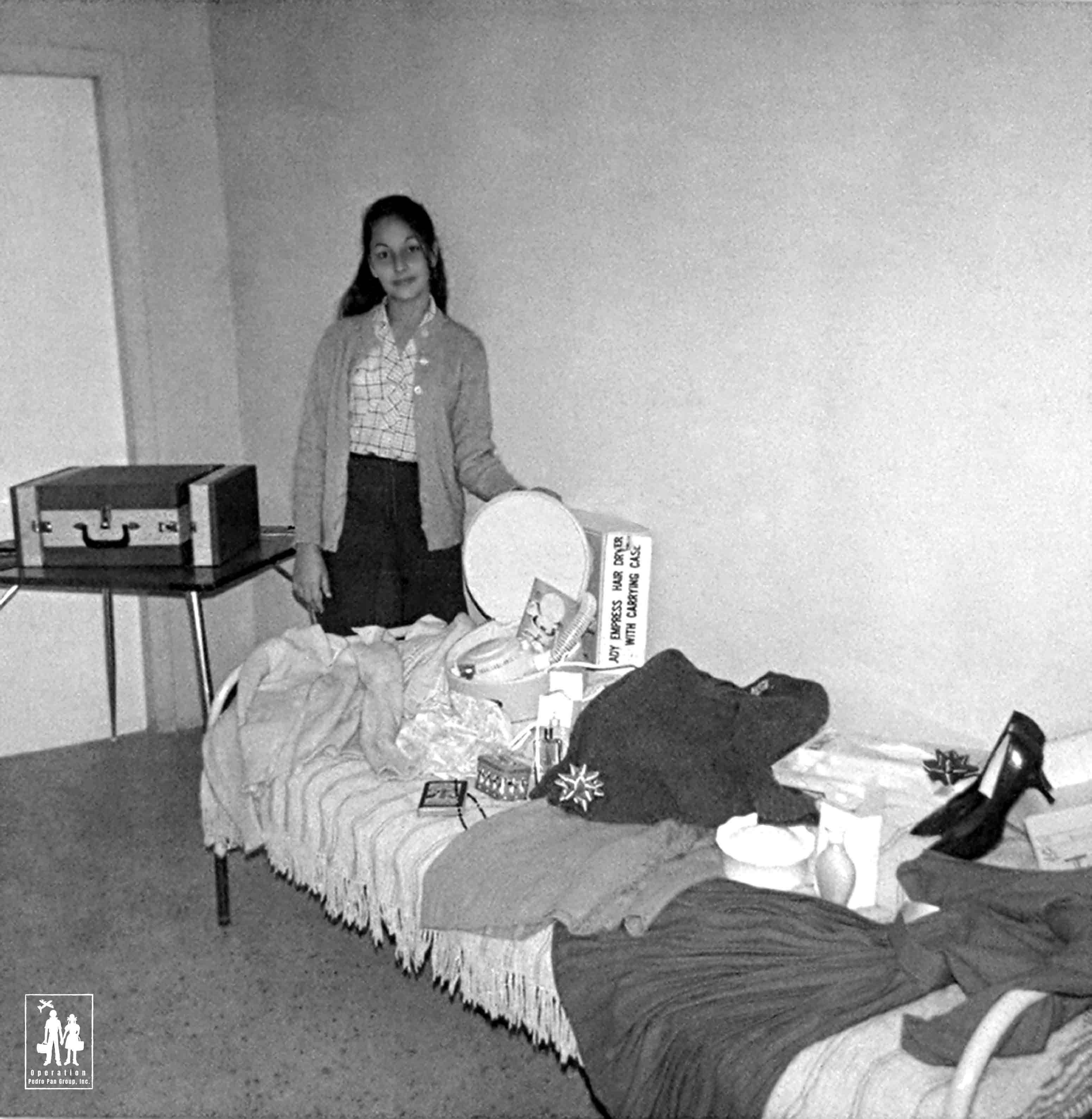 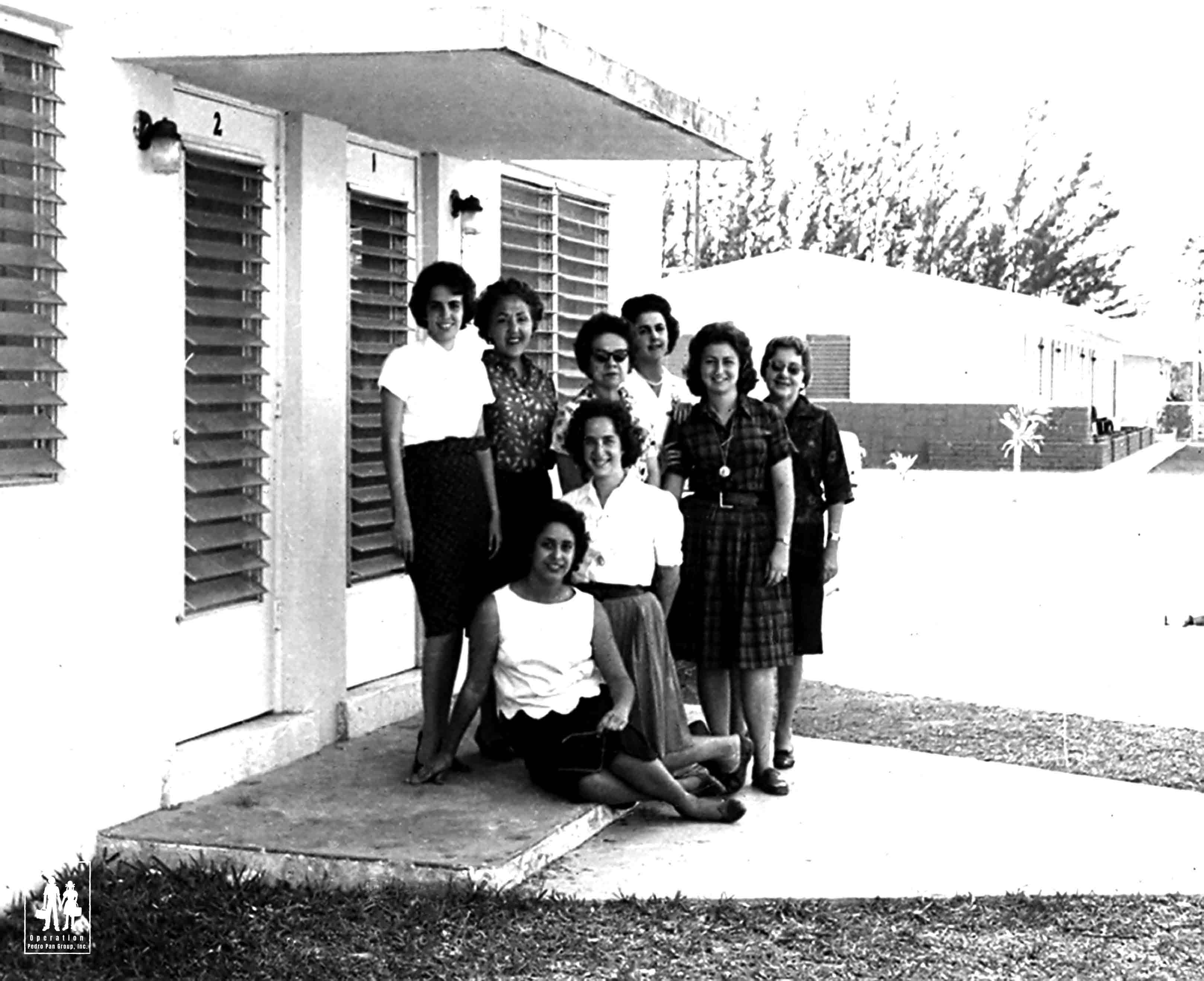 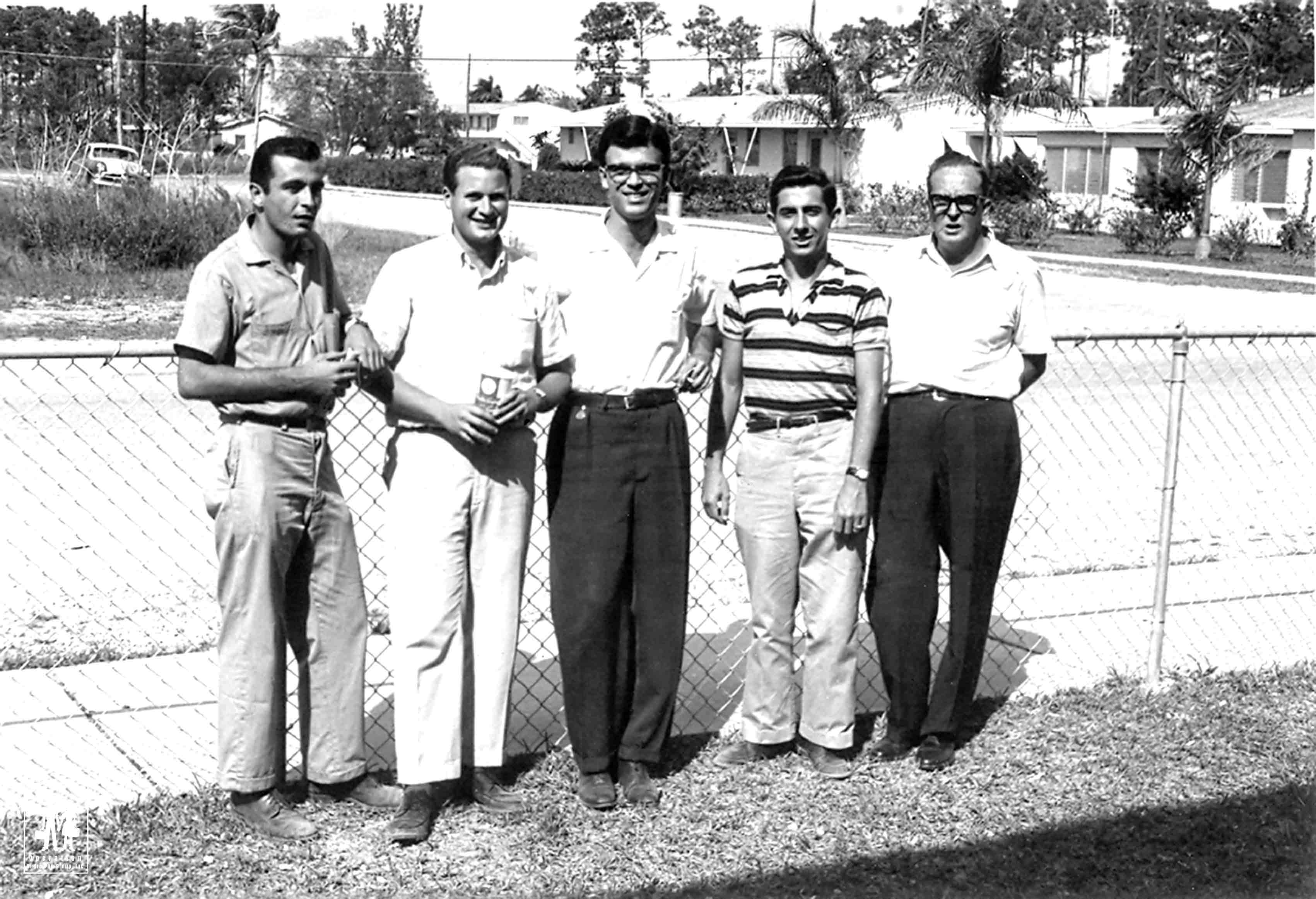 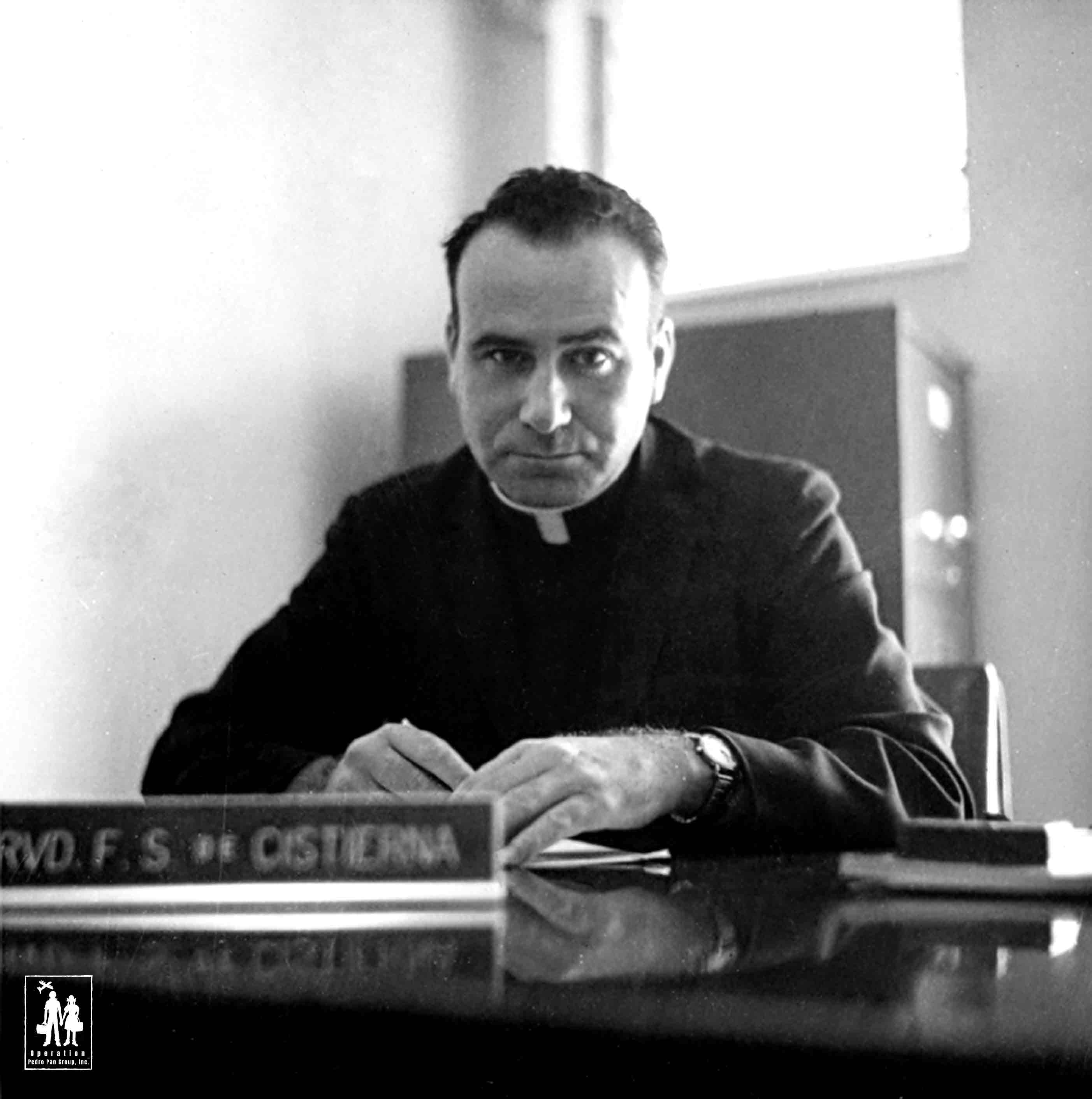 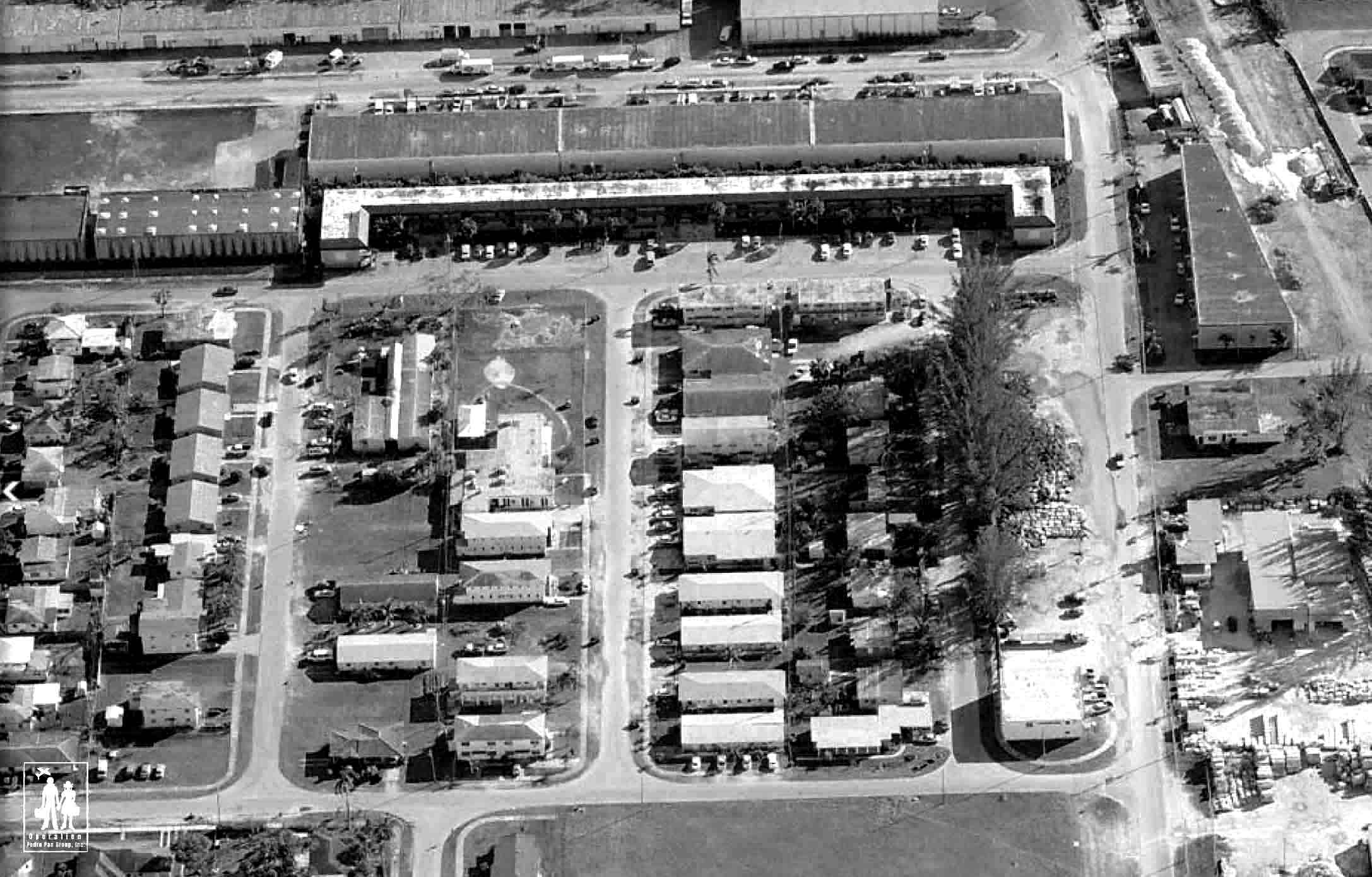 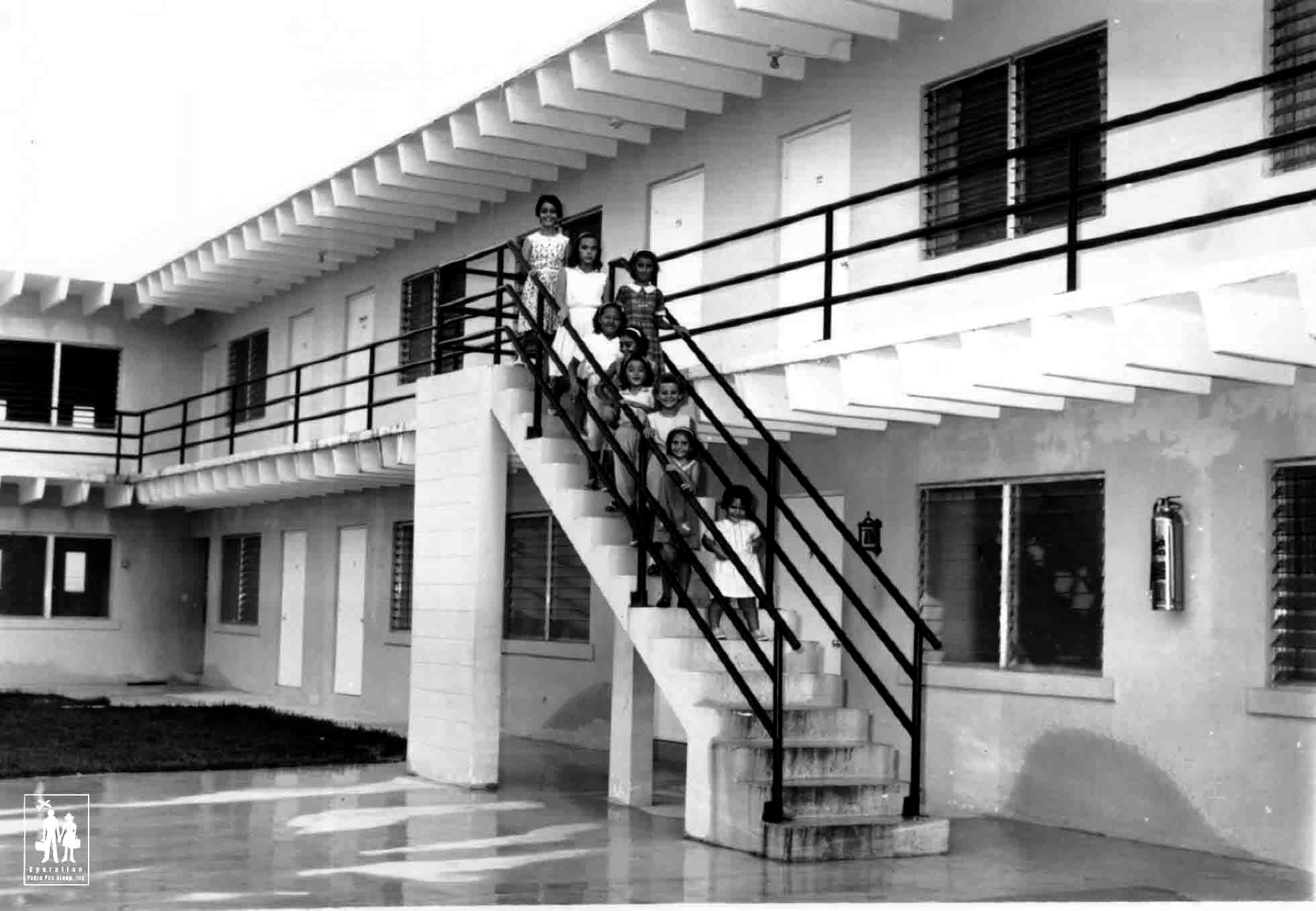 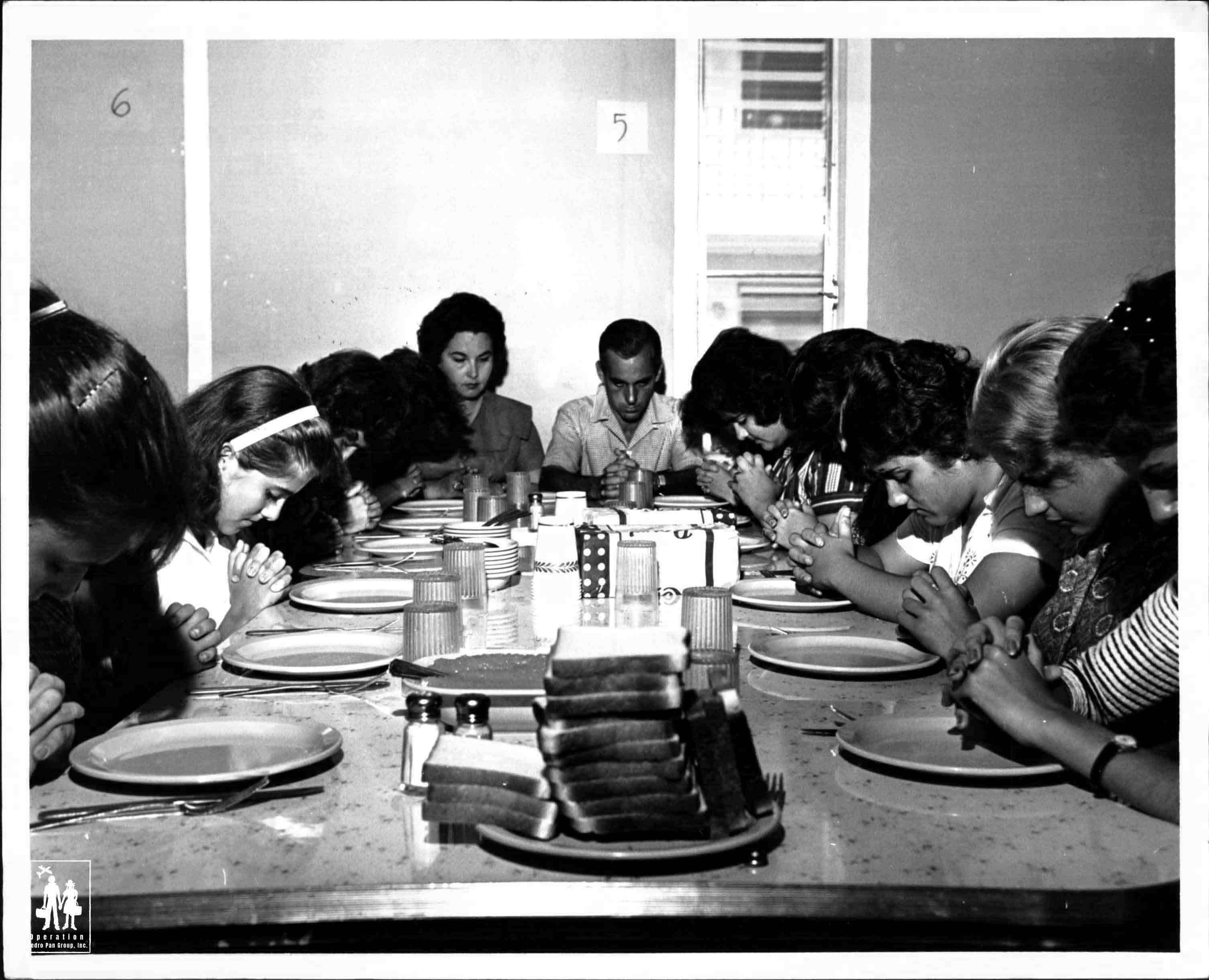